Turkmenistan takes part in meeting ahead of transport forum in Tehran 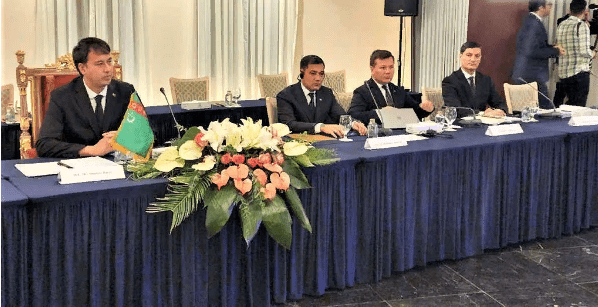 On Saturday, October 8, a meeting was held in Tehran at the level of deputy ministers of Iran and the Central Asian states. The main topic of the meeting was the discussion of all the nuances of the joint document, which is planned to be signed on Sunday, October 9 after the negotiations.

The goal of the forthcoming transport forum, initiated by Iran, is to increase the annual volume of transit traffic in the Central Asian region to 20 million tons.

The main tasks of the upcoming summit will be to improve the system of transit fees, digitalization of various transit processes, attracting investment in the construction of new infrastructure, which will improve cross-border movement.