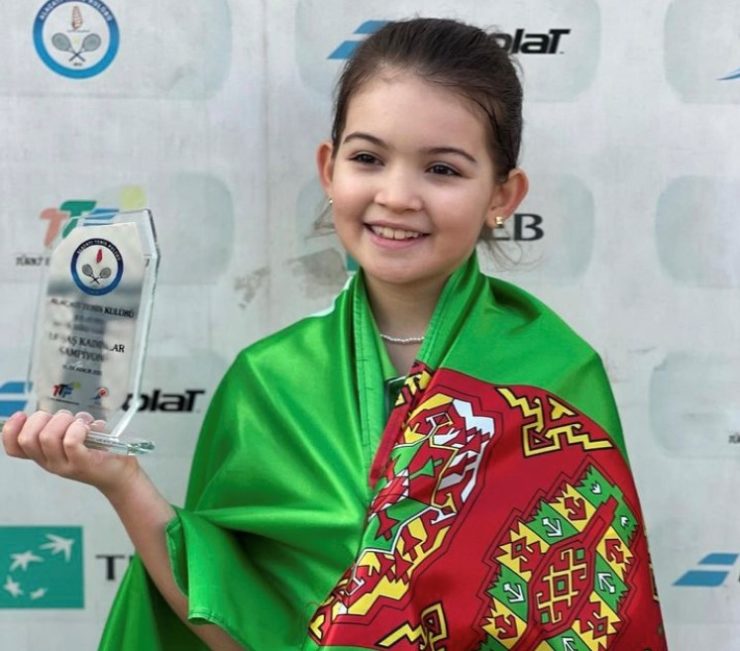 The nine-year-old ward of Turkmen tennis champion Yuri Rogussky has won the international tournament for children under 10 years old, which was held in the Turkish city of Izmir. This was reported by Orient news with reference to the official press of Turkmenistan.

Sulgun Ishangulyeva became the winner of the children's tournament, winning the first two meetings with representatives from different cities of the Republic of Turkey. The first meeting of the young tennis player with her opponent Ipek Gürses ended with a score: 4:0 4:1, the second meeting with Bade Güner was completed with a score of 4:1 4:0. The third meeting of the athlete with Denise Baisal also ended with a victory.

In the final, Sulgun Ishangulyeva met with Sahra Nahir Temiz, whom she defeated 4:2 4:1.