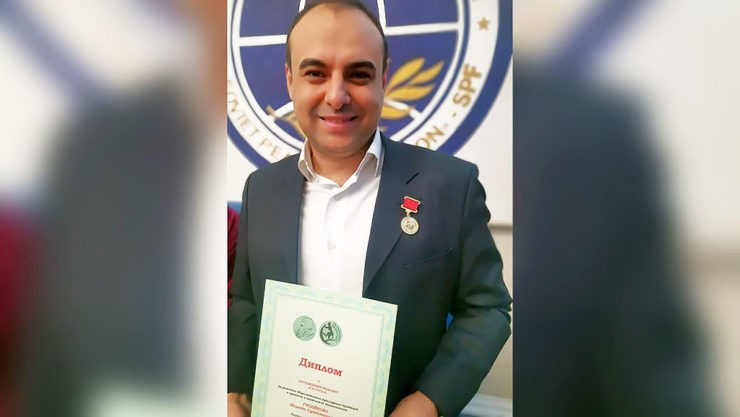 Turkmen composer and musician Mamed Guseinov was awarded the N.V. Gogol Medal for his contribution to the development of cultural traditions, as well as for embodying the values of humanism in his musical work. The awarding ceremony took place in the residence of the International Peace Foundation in the Russian Federation.

Mamed Huseynov is an outstanding composer, who is also the ideological inspirer of the festival "Sounds of Dutar", held for the first time in 2015. The event has become a multicultural platform for young talents from around the world.

The composer currently resides in Moscow. He has received numerous awards at all-Russian and international competitions, and has published collections of chamber instrumental works.

In 2009, on the occasion of the 200th anniversary of the famous writer N.V. Gogol's birth, an award of the same name was established. This honorary award is given to prominent figures in Russia for their outstanding creative contribution to the country's culture, as well as to artists from various CIS and non-CIS countries for their support of the Russian language and culture.