Transport activity in the China-Europe direction grows through Turkmenistan 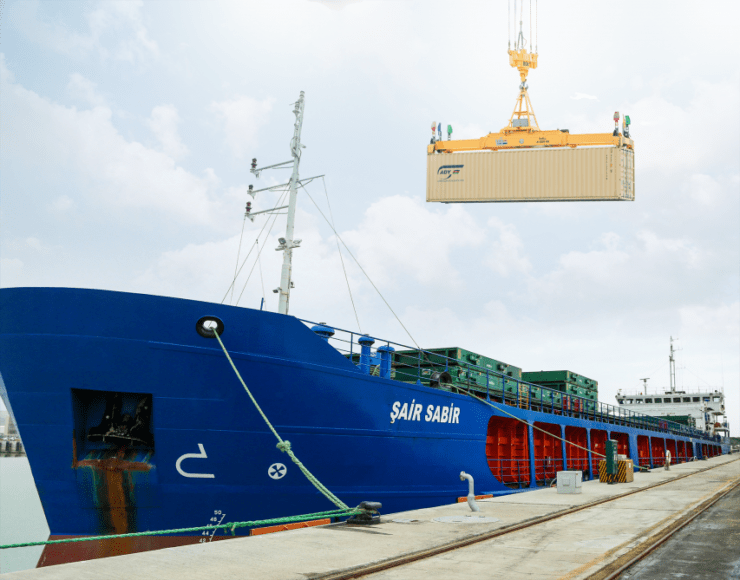 Transport activity in the direction of China-Europe is increasing. In order to improve interconnection on the second route along this route along the Caspian Sea, two vessels are planned to operate this year. They will ply between the seaports of Baku and Turkmenbashi, transporting containers. The vessels' operators are ADY Container Ltd (vessel "Shair Sabir") and Turkmen Transport-Logistics Center OJSC (vessel "Mahmud Rahimov"). Along with increasing the number of ships, there are plans to double the frequency of weekly voyages - in this case much depends on the weather. The first ship between these ports began running in April 2019.

ADY Container LLC notes that during the whole period 17.5 thousand TEU containers have already been transported from Baku to Turkmenbashi and back.

The project to increase shipping between Azerbaijani and Turkmen seaports has become possible due to the support provided by the Azerbaijan Caspian Shipping Company (ASCO), the Baku Interstate Commercial Seaport and the Turkmenbashi Interstate Seaport. 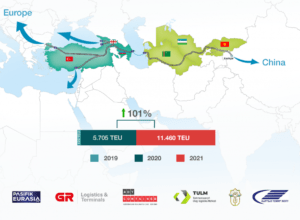 The purpose of all these actions is to improve the transcontinental transport route, which will connect the states of the Asia-Pacific region and China with Europe. The route runs through the territory of Kyrgyzstan, Uzbekistan, Turkmenistan, Azerbaijan, Greece and Turkey. Its creation was launched in 2019. The participants in the project were Azerbaijan Railways, as well as the state railroads of the aforementioned countries. Accession of Turkey to this route took place in December 2021. Now the transportation of containerized cargo in this direction is carried out from Turkey via Baku-Tbilisi-Kars railroads. Such Georgian ports as Batumi and Poti are also involved, from where cargo is delivered to and from Uzbek, Turkmen and Kyrgyz territory.

In 2021, there was an increase in freight traffic along the above route - by 101% compared to the year before. Such companies and institutions as Kyrgyz Railways' operator, Pasifik Eurasia Logistics (Turkey), GR Logistics and Terminals (Georgia), ADY Container (Azerbaijan), Uzbektemiryolekspeditsiya (Uzbekistan) and OJSC Turkmenistan Transport and Logistics Center are involved in cargo transportation.

In order to improve the route, the parties held several effective meetings. In May last year, they managed to demonstrate the best result of transportation speed - transportation of containers from Izmir (Turkey) to Osh (Kyrgyzstan) was carried out in only 18 days. In the future, the operators intend to increase this indicator to 12 days.