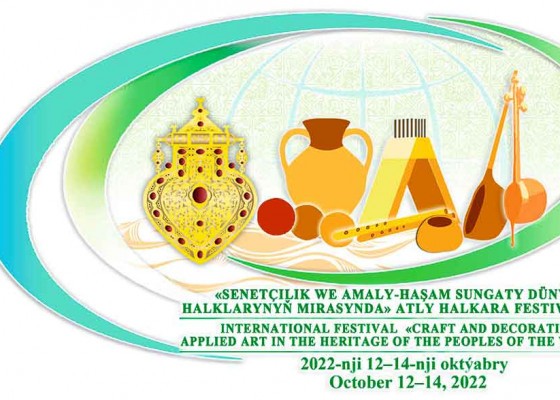 The international festival "Handicrafts and arts and crafts in the heritage of the peoples of the world" starts today in Turkmenabat.

Representatives of national art from all regions of the country, Iran, Kazakhstan, Latvia, Romania, Turkey and Uzbekistan came to Turkmenabat yesterday to participate in the festival, Turkmenistan newspaper reported.

Throughout the festival in the Regional Museum of Local Lore, will be deployed exhibition, which will feature the best works of masters of arts and crafts.

As part of the festival, the feature film "Red Kurte" by "Turkmenfilm" association named after Oguz Khan will be shown.

A scientific and practical conference "Traditional and Applied Arts in the Heritage of the Peoples of the World" is planned in the regional library. The participants of the events can also watch a demonstration of national costumes in the center of mass ceremonies at the "White Yurta of Turkmen" building. The festival will include a creative meeting of foreign artists with their Turkmen colleagues, as well as master classes.