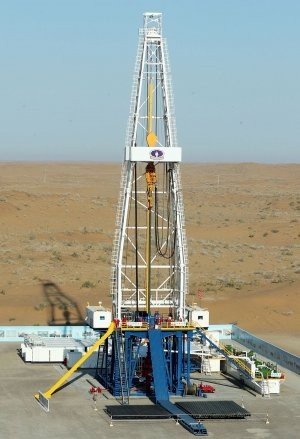 New gas reserves have been found in Turkmenistan. A new dome was found in Lebap velayat, in areas close to the "Naýyp" and "Malaý" gas deposits. It is located in the lower strata of "Malaý" and "Demirgazyk Derwüş" fields. This information, announced during a working meeting in Turkmenabat, was presented by the head of "Türkmengeologiýa" SC Merdan Rozyev.

According to the results of the initial assessment, it was established that gas reserves in the lower strata reach volumes of 21.7 billion and 30.0 billion cubic meters, respectively.

Current key objectives include continuing gas production at Malaý, increasing acreage, as well as carrying out exploration work and discovering gas reserves in the lower strata of strata that have already begun to be developed.

In this connection, the Head of Turkmenistan stressed the need to accelerate the activities aimed at the full-scale development of both this field and other gas deposits of the country. The President added that all necessary conditions will be provided for this activity in the future.

Gurbanguly Berdymukhamedov noted that the State Concern "Türkmengaz" will have ample opportunities to implement the plan to obtain additional volumes of "blue fuel" in the country in the near future.