On Tuesday, transactions for $1 million were concluded on the GTSB of Turkmenistan. 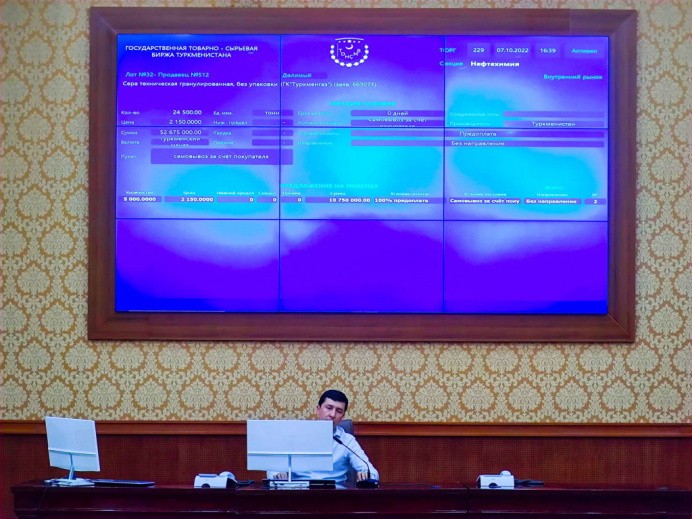 On Tuesday, December 27, 8 deals totaling $ 1 million and 8.9 million TMT were concluded on the GTSBT. This was reported by Orient news with reference to the official website of the State Commodity Exchange of Turkmenistan tmex.gov.tm.

Large deals were concluded with representatives of Azerbaijani business, who bought Turkmen cotton yarn of various types in the amount of over 396 thousand kilograms for a total of about $ 1 million.

Entrepreneurs from the United Arab Emirates bought cotton yarn produced at the enterprises of the Ministry of Textile Industry of Turkmenistan in the amount of over 213 thousand kilograms for a total amount of 8.9 million TMT for the domestic currency.

To view the state manufacturers' products on the GTSBT, visit the official website at tmex.gov.tm.