Delegation of Turkmenistan is on a working visit to Vietnam 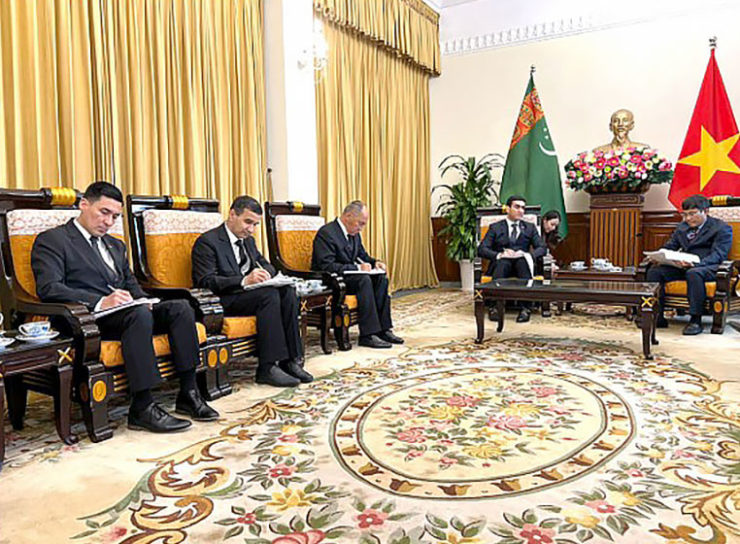 Serdar Berdymukhamedov ordered a delegation from Turkmenistan to Hanoi on a working visit. Turkmen diplomats, led by Deputy Foreign Minister V. Khadzhiyev, will be in Vietnam on a working visit from June 27 to July 1. The purpose of the meetings at the highest level is to consider a wide range of issues related to bilateral partnership in science, education, trade and urban development.

On Tuesday, the delegation met with Vietnamese counterparts and spoke with Vietnam's First Deputy Foreign Minister Nguyen Minh Vu. The two sides emphasized the constructive nature of political and economic interaction between the countries, and expressed mutual interest in intensifying ties between the business communities of the two countries.