A delegation of Turkmenistan arrived in Ashgabat from Japan 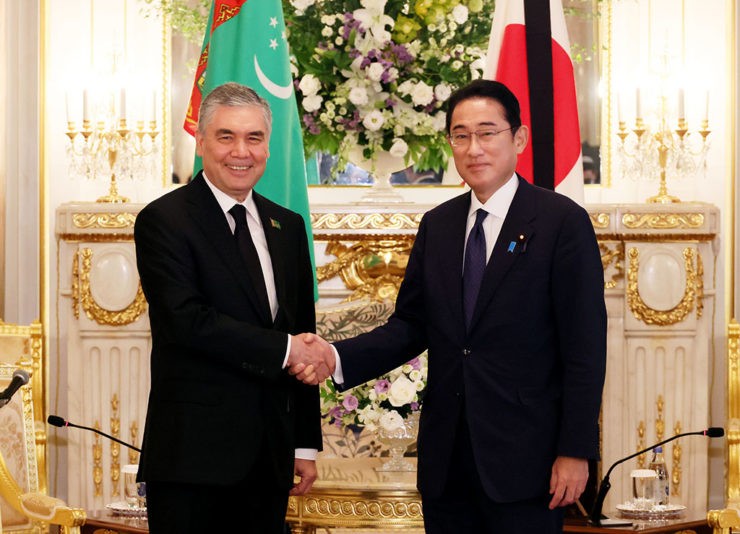 Chairman of the Khalk Maslakhaty Milli Gengesh of Turkmenistan Gurbanguly Berdymukhamedov returned from an official trip to Tokyo. His working visit to the Land of the Rising Sun lasted from September 25 to October 1.

During his working visit, Gurbanguly Berdymukhamedov met with the head of the House of Representatives of the Japanese Parliament. Issues of bilateral inter-parliamentary cooperation were touched upon.

Also, Chairman Halk Maslahaty Milli Gengesha talked to representatives of major Japanese corporations, discussing with them topics of economic partnership in the fields of construction, energy, chemical industry and transport.

On Tuesday, the sides discussed the participation of Japanese businessmen in the implementation of large-scale projects in Turkmenistan.