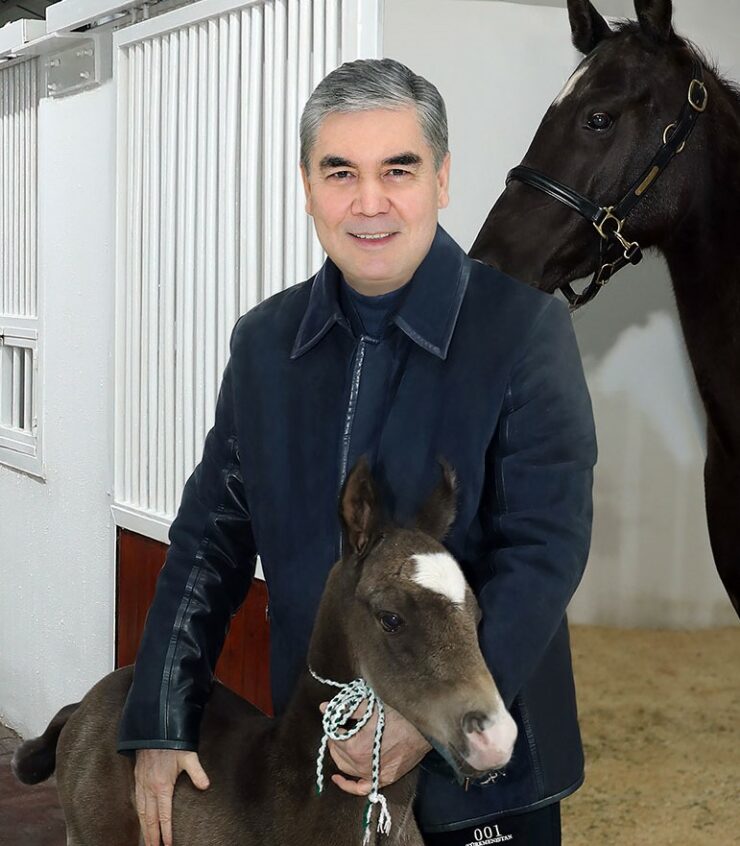 The head of Turkmenistan familiarized himself with the models of architectural complexes and the progress of construction of the new administrative center of the Akhal region. The Turkmen leader also visited the International Akhal-Teke Horse Racing Complex, where a foal named Zaman was born the day before by the head of state.

Speaking to the Turkmen leader, Deputy Prime Minister Ch. Gylydzhov spoke about the participation of SPPT members in the project, particularly in the construction of the Tedzhen-Mary motorway from Ashgabat to Turkmenabat.

In the course of the project, emphasis is made on the organization of recreational areas and landscaping. For example, the Historical and Cultural Park of the Akhal Velayat will become a kind of cultural center, where the most important sights of the region will be presented. The Turkmen leader suggested decorating the park with a mountain juniper and also noted the importance of caring for the green areas.

At the first stage of the project it is planned to build 336 objects, mainly high-rise residential buildings. The contractors reported to the head of Turkmenistan on the plans and work done. In turn, Gurbanguly Berdimuhamedov stressed the importance of compliance with environmental standards as well as introduction of modern technologies for implementation of the "smart" city concept.