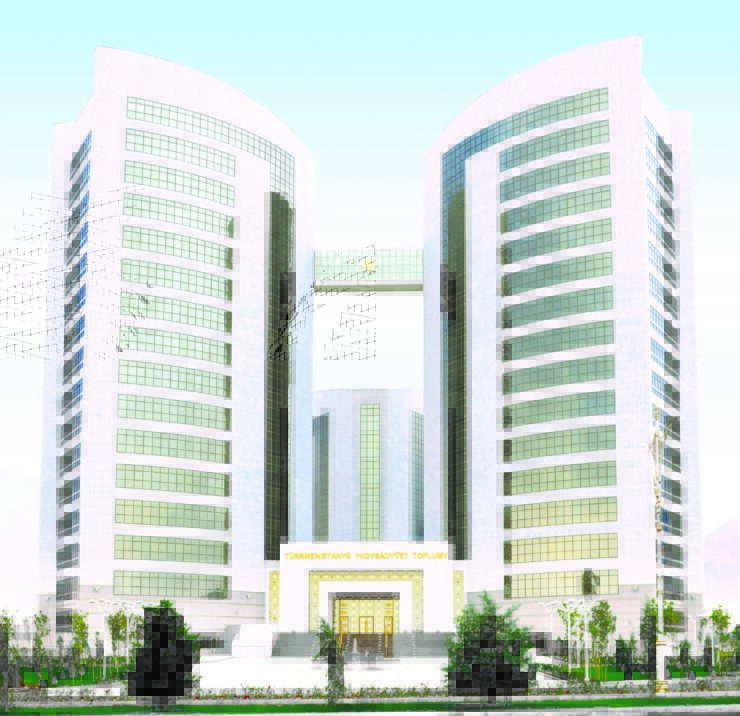 The management of Turkmenistan's financial and banking system reported to Turkmen leader Gurbanguly Berdymukhamedov on their performance during the meeting. The elaboration of the national program of social and economic development of the state for the coming 30 years became the key issue of the meeting. In February this year, it will be considered at an extraordinary session of the upper house of the Turkmen parliament.

Vice Prime Minister Serdar Berdymukhamedov gave a detailed report on this issue. He informed the President that the preparation of the national program has already entered its final stage.

Mukhammetgeldy Serdarov, head of the Ministry of Finance of Turkmenistan, spoke about the situation with investments aimed at developing the country's economy and state support for regional projects.

The head of the Central Bank of the country Gadirgeldy Mushshikov presented to the Head of State a report on the performance of the institution for 2021, as well as work plans for 2022. In addition, the chairman of the CBT told about the measures taken by the institution in the field of digitalization and financial support of large-scale projects. The heads of other banking institutions also presented their reports to Gurbanguly Berdymukhamedov.

Having heard the reports, the Turkmen leader stated that Turkmenistan had managed to keep its macroeconomic indicators stable. Although the global economy experienced a number of objective difficulties in 2021, the state managed to achieve GDP growth of 6.2%.

The active industrialization underway in the country, aimed at import substitution and increasing exports of Turkmen goods, has strengthened the competitiveness of the economy of Turkmenistan and given impetus to its foreign trade development.

Speaking about the upcoming tasks of departments in the financial and economic area, the President focused on the importance of improving state financial and credit policy, in particular financial regulation and accounting of the targeted use of loans allocated for innovation in the industrial sphere, the implementation of projects of medium and small businesses.

The Turkmen leader also stressed the need to expand partnerships with such organizations as the IMF, ADB, WB and others. The President also touched on the issues of rendering services to the population by credit institutions, noting that they should be more actively digitized. All of the above should be reflected in the national program for 2022-2052.