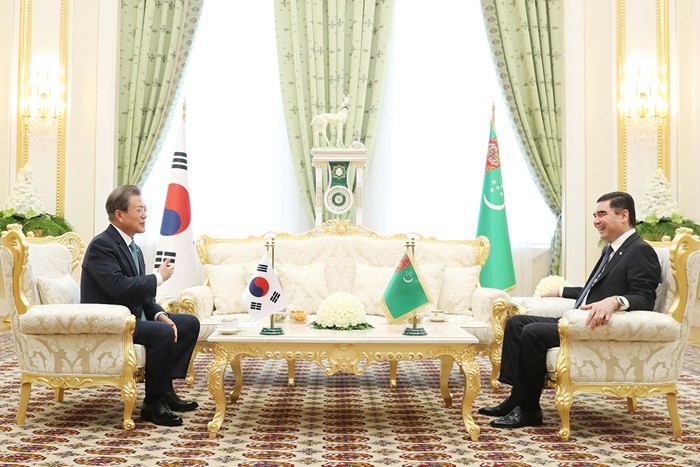 Gurbanguly Berdymukhamedov received a congratulatory letter from the South Korean leader in honor of the 30th anniversary of diplomatic relations between Turkmenistan and the Republic of Korea.

Moon Jae-in's statement noted the high level of interstate cooperation, in particular mentioning the joint visit of the heads of the countries to the MCC in Kiyanly, which opened up new prospects for cooperation.

Moon Jae-in also expressed his hope that the partnership between the countries, based on the principles of friendship between peoples, would continue and intensify.