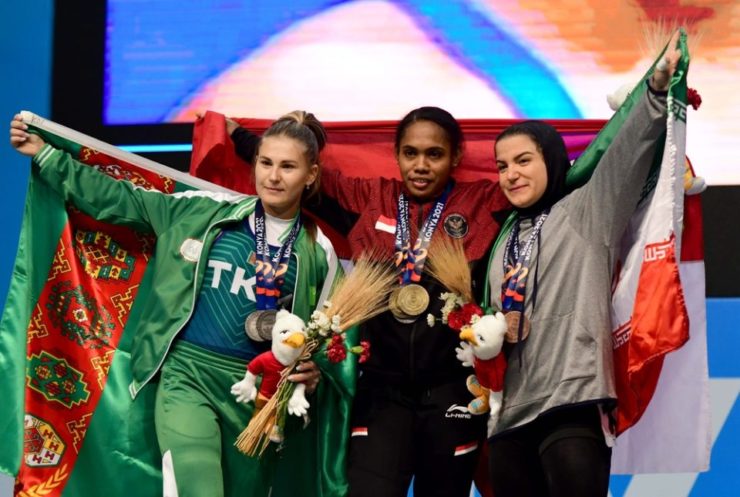 The representative of Turkmenistan lifted 194 (89+105) kilograms in total biathlon. Only Indonesian athlete Natasya Beteyob was stronger than her, she lifted 195 kg. Iran's Poupak Basami (165 kg) won the bronze medal.

Eighty athletes from Turkmenistan are taking part in the V Islamic Solidarity Games. The Games will end on August 18.

Earlier, the bronze medal in the flyweight division was won by Yulduz Jumabaeva.