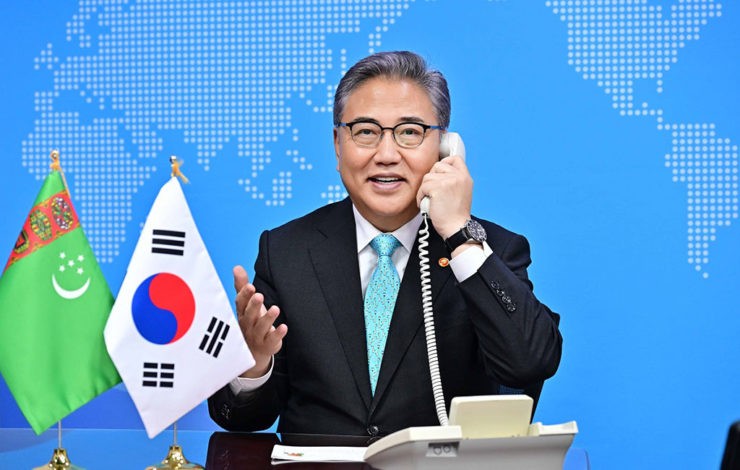 On Thursday, November 24, Turkmen Foreign Minister Rashid Meredov and his Korean counterpart Park Jin had a telephone conversation. During the conversation, they discussed topical issues related to the upcoming negotiations of the delegations of the two countries at the highest level.

The Korean Foreign Minister noted the importance of the recent visit of Turkmenistan's Chairman of the Khalk Maslakhaty Milli Gengesh Gurbanguly Berdymukhamedov to Korea, which opened a new page in the history of diplomatic partnership between the two countries.

In the course of the telephone conversation, the sides touched upon the results of the forum on cooperation between Central Asian countries and the Republic of Korea held in Busan in October this year. Turkmenistan has been designated as the presiding country in 2023, so the next 16th meeting of the countries of Central Asia and Korea within the framework of the Forum will be held in Ashgabat.

The Korean Foreign Ministry stressed that Korean businessmen and entrepreneurs are interested in participating in energy infrastructure development projects in Turkmenistan.