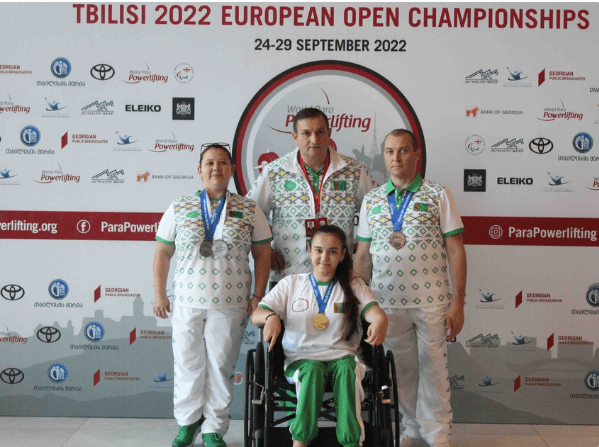 Turkmen athletes won six medals at the European Open Para Powerlifting Championship, held in the Georgian capital of Tbilisi.
The competition is the second qualifying round of the Paralympic Games 2024 in Paris. Wards of honored coach of Turkmenistan Tahir Shorakhanov returned from this prestigious competition with 3 gold, 2 silver and one bronze medal.

Sergey Meladze performed in the weight category of up to 72 kilograms and lifted 480 kilograms, and won a bronze medal.

Ainur Orazova, 15, who is participating in international competitions for the first time, won a gold medal in the junior competition in the weight category up to 55 kg. Bairamgeldy Saparov, 50, won two gold medals in the 80-kilogram weight category among veterans. His personal score was 160 and his total reached 465 kilograms.