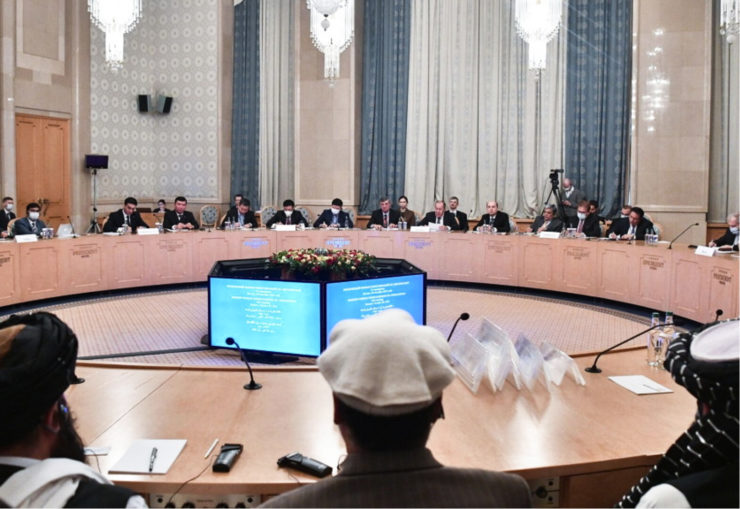 The 4th meeting of the special commission on the situation in Afghanistan was held in Moscow. It was attended by officials from the Russian Federation and delegations from Pakistan, China, Turkmenistan, India, Kazakhstan, Uzbekistan, Iran and Kyrgyzstan. Representatives of the UAE, Saudi Arabia, Qatar and the Republic of Turkey were invited to the meeting as guests.

The main agenda of the special commission was the current situation in Afghanistan. The participants of the meeting stressed the importance of forming a government in Afghanistan which would take into account the interests of all ethno-political groups. The parties noted the need to eliminate terrorist, narcotic and other threats emanating from Afghanistan throughout the region.

Representatives of the commission reached agreements to promote inter-Afghan national reconciliation and stabilize the situation in the country. The meeting resulted in a joint statement on the formation of an international negotiating group under UN auspices.