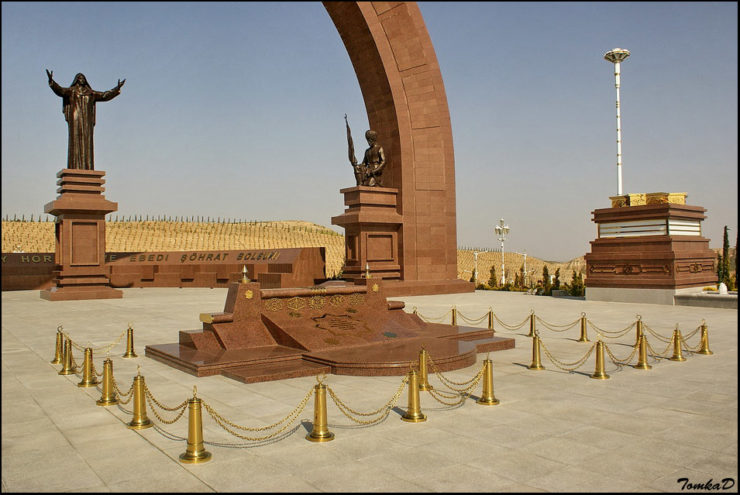 Today, as part of his first official visit to Turkmenistan, Russian Prime Minister Mikhail Mishustin took part in a wreath-laying ceremony at the "National Remembrance" memorial in Ashgabat.

Rashid Meredov, Minister of Foreign Affairs of Turkmenistan, and Rahima Gandymova, the Ashgabat khakim, accompanied the Russian Prime Minister in the ceremony. During his visit to the complex, the head of the Russian government bowed to each composition, then walked up to the monument "Eternal Glory" and the guard of honor laid a wreath. Then there was a minute of silence.

The composition "Eternal Glory" is central and represents an eternal flame, around which there are five octagonal stelae.

The "People's Memory" memorial complex was opened in Ashgabat on October 6, 2014, the Day of Remembrance for Earthquake Victims in Turkmenistan. The complex consists of three architectural compositions: "Eternal Glory" (dedicated to the fallen during the Great Patriotic War), "Spiritual Worship" (dedicated to the victims of the Ashgabat earthquake of October 6, 1948) and "Sons of the Fatherland" (dedicated to the memory of defenders of Geok Tepe fortress during its storming on January 12, 1881).