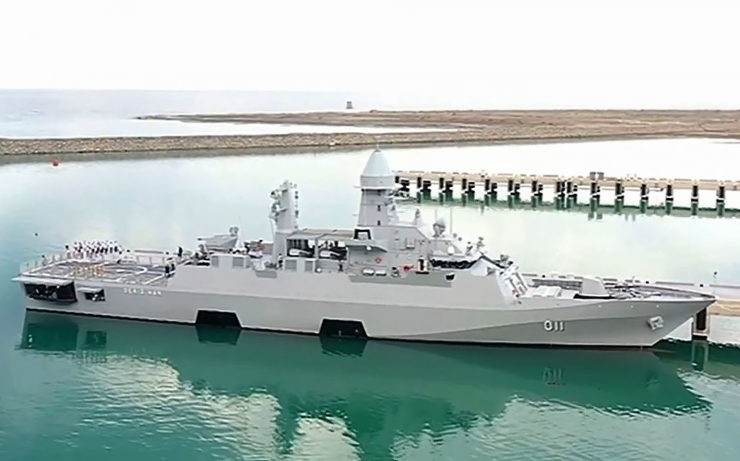 Last Wednesday, during his labor leave, Serdar Berdymukhamedov paid a visit to the Garshi military unit of the Navy. He came aboard the warship "Deniz Khan," which was being built by specialists of the ship repair enterprise of the Ministry of Defense.

Serdar Berdymukhamedov got acquainted with the combat equipment and functionality of the corvette-class vessel. The vessel's military capabilities include defeating surface and underwater enemy ships, as well as eliminating targets as part of strike ship combat groups. Deniz Khan's functionality is also related to engaging air and ground targets.

The technical equipment of the warship allows it to conduct reconnaissance and monitoring of the area, to carry out rescue work in the water and to protect the borders of the state at sea.