President of Turkmenistan Talks with Azerbaijani Colleague at Caspian Summit 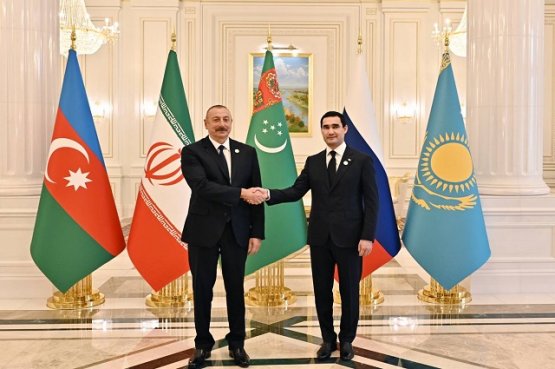 On June 29, the leaders of the two countries held an official meeting on the margins of the Caspian Five summit. Ilham Aliyev praised Turkmenistan's activities in the Caspian Sea, emphasizing the country's significant contribution to establishing a constructive dialogue between all states that have access to the Caspian Sea.

The President of Azerbaijan noted that the Caspian Sea is the connecting link that unites the two neighboring nations and expressed optimism about the further development of the Caspian region in compliance with all agreements on peace and security.

The parties agreed that the bilateral partnership of Turkmenistan and Azerbaijan, which is based on the principles of equality and respect for each other's interests, has now received a significant incentive to further strengthen.