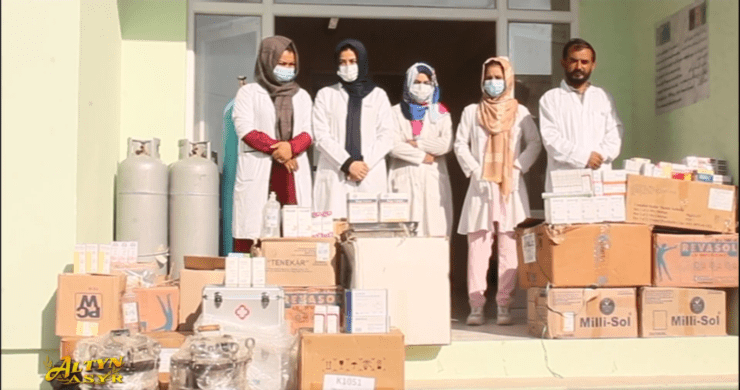 On the instructions of President Serdar Berdymukhamedov, Turkmenistan has carried out activities related to bringing overhaul of the Health House in the Garamgol district of Afghanistan's Faryab province, as well as the delivery of medical equipment and medicines to the Afghan side as humanitarian aid. This was reported by the "Vatan" news program of Turkmen television.

Participants in the events expressed gratitude to the President of Turkmenistan on behalf of the Afghan people for the humanitarian assistance regularly provided to the people of Afghanistan.

The Afghan side expressed gratitude for their fraternal assistance and efforts to bring political stability to Afghanistan and wished them great success in their noble state activities.

In addition, during the ceremony, textbooks for grades 1-4 were handed over for use in Turkmen language classes at schools in Garamgol county. Prayers for unity and cohesion, peace, prosperity and health were offered during the festive sadaqa here.

It should be noted that Turkmenistan regularly sends humanitarian aid to Afghanistan. Including after the change of power in this country. In particular, the neighboring country receives food, confectionery, transformers, medicines, clothes and school supplies.
Turkmenistan has built a school in Balkh province, a rural hospital in Faryab province, a maternity hospital in Herat province, and a 500-seat mosque in Aqina village of Andhoi district of Faryab province. In addition, Ashgabat provides Herat and the northern provinces of Afghanistan with electricity at preferential prices. 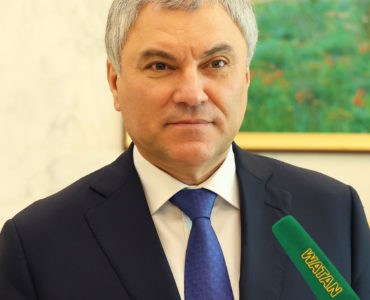