Turkmenistan develops cooperation with the Astrakhan region of the Russian Federation

International round table was held in the virtual format, during which delegates of Turkmenistan and Astrakhan region of the Russian Federation discussed further expansion of partnership of transport and logistics in the Caspian Sea region. The event was timed to the 25th anniversary of the permanent neutrality of our state. It was held under the auspices of the Consulate of Turkmenistan in Astrakhan and the Agency for International Relations of the Astrakhan region. Representatives of authorities, mass media, businessmen, experts and lecturers of universities of Turkmenistan and Astrakhan were invited to participate. The main goal of the forum was to talk about the role that positive neutrality plays in improving the transport and logistics sector in the Caspian Sea region.

The virtual forum was divided into three components. In addition to the plenary session, there were also the 1st and 2nd sessions.

The plenary session was marked by speeches of Turkmen Consul G. Garayev who addressed to the participants with salutatory speech, acting Head of the Agency for International Relations of Astrakhan region I. Tropitsyn who noted that exactly Turkmenistan was among the key foreign partners of Astrakhan region. The participants of the event watched the video dedicated to the 20th anniversary of Turkmen neutrality.

Heads of sea ports of Turkmenistan and Astrakhan, transport and logistics hubs, businessmen were invited to participate in the first session. Deputy General Director of the Special Economic Zone (SEZ) "Lotos" E.Markelov took part in the session and noted the significant activity of the Turkmen side in the development of the international transport corridor "North-South". The residents of Astrakhan congratulated their Turkmen counterparts on the important date in the state life. The sides discussed key parameters of partnership and signed the Memorandum of Understanding. The document was signed by TurkmenLogistics Association and Regional Association of Ship Owners and Freight Forwarders of Astrakhan Region.

The central figures of the second session were professors of the Turkmen Institute of Engineering and Transport Communications (IITTCT), the F.M. Apraksin Caspian Institute of Maritime and River Transport (KIMRT) and the Astrakhan State Technical University (ASTU). Memorandum of Understanding was signed between the participants as a result of discussing the ways of expanding cooperation on staffing issues. It outlined the main parameters of the partnership of universities in the field of training specialists in the transport and logistics industry. 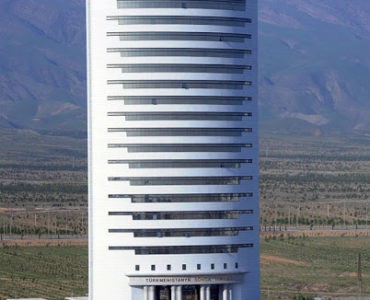