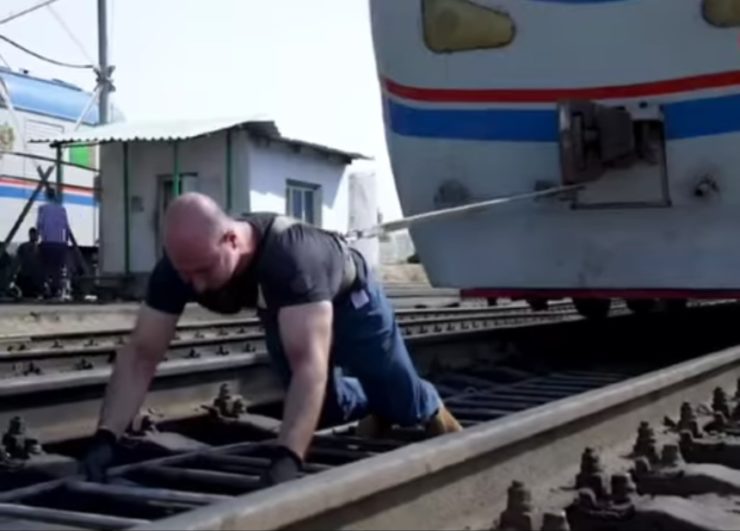 Turkmen sportsman David Melkumov, who competes in force extreme, the day before set a new national record. The athlete moved a train weighing 120 tons from its place. The athlete's own weight is 92 kilograms, reports Salamnews.

The record was set at a railroad depot near Ashgabat.

As noted, there has never been anything like this in the history of Turkmen sports.

In order to move the locomotive, the strongman exerted maximum effort and sustained it for several seconds.