The jubilee contest of young performers "Sound, my Fatherland!" ended in Ashkhabad. 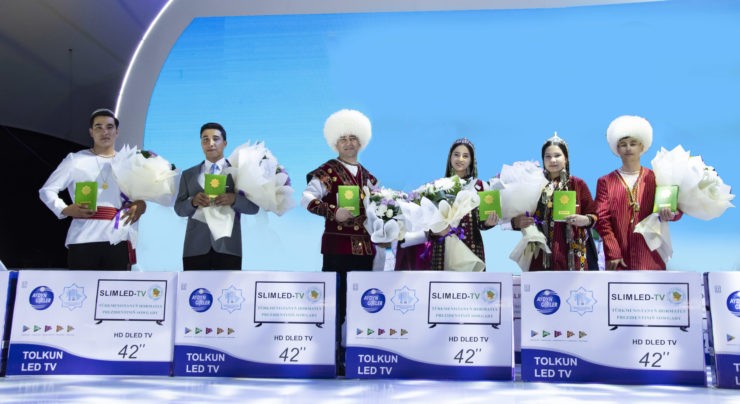 The finals of the competition for young singers "My Fatherland, Diarym" was held today in Ashgabat, reported the news program "Watan" of Turkmen television.

The main difference of this competition is that it does not involve professional singers, but only amateurs. This year the creative competition is being held for the 30th time.

Twelve vocalists made it to the final round of the competition. In total, more than 1,000 performers from the capital and all regions of the country took part in the qualifying round.

As a result of the speeches, the names of six winners were announced - representatives of each region of the country and Ashgabat. On behalf of the president of Turkmenistan, each of them received valuable prizes and diplomas.