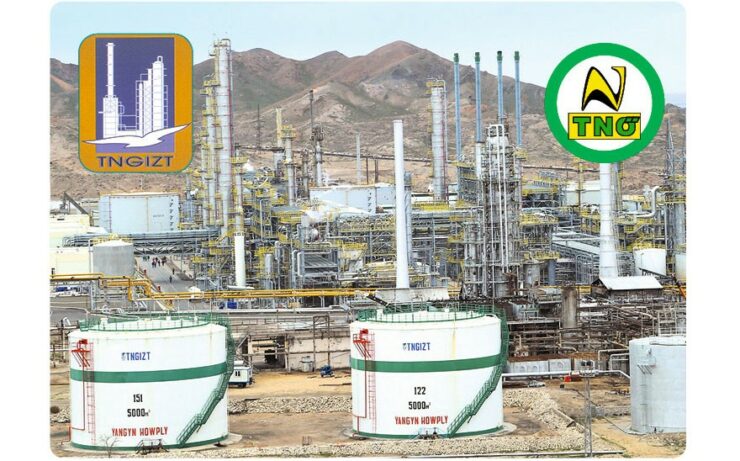 Turkmenistan will start producing motor fuel compliant with EURO-6 standards. The Turkmenbashi complex of oil refineries (TKNPZ) is taking comprehensive steps to prepare the production of A-98 gasoline on an industrial scale.

Information that the company has established the production of this type of motor fuel, fully compliant with EURO-6 standards, and characterized by the highest environmental friendliness, was announced during a government meeting. In addition to its environmental friendliness, the peculiarity of this gasoline brand is its fuel efficiency. The vast majority of cars produced in the developed world use it.

In order to ensure that the quality of Turkmen gasoline fully complies with EURO-6 environmental standards, the production process at TKNPZ was changed, and the quality indicators of the produced gasoline components were taken under strict control. As a result of special laboratory tests the composition of the new motor fuel was determined. Components required for production of environmentally friendly unleaded A-98 gasoline were extracted from specially selected raw materials. The output of the new product was 14.36 tons.

At the moment, the Main State Service "Türkmenstandartlary" performs activities aimed at adding A-98 auto-fuel as a new type of oil products to the state register and documentary confirmation of compliance. For this purpose intermediate tests have been performed. Their results confirmed the compliance of the new variety of gasoline with ecological requirements K5 and EURO-6 standards.

Afterwards, a sample of the new fuel was transported to the Ahal plant, which produces gasoline on the basis of natural gas of the State Concern "Turkmenhimiya", in order to carry out further research. Their result was confirmation that the new brand of gasoline fully complies with the standards.

In addition, the international laboratory of the Dutch company "Saybolt" conducted its own research, which resulted in the certification of motor fuel brand A-98 as fully compliant with K5 and EURO-6.

The Turkmen leader Gurbanguly Berdymukhamedov instructed petrochemists of the country to expand the range and increase the production volume of petroleum products. The head of state provides them with effective support aimed at application of new technologies and progressive global experience in the production processes, which promotes organization of production of environmentally friendly oil products.

The high quality products, the production volumes of which Turkmenistan continues to increase, are in demand both in the foreign and domestic markets. This will help to strengthen the national economy and ensure the ecological well-being of the state.