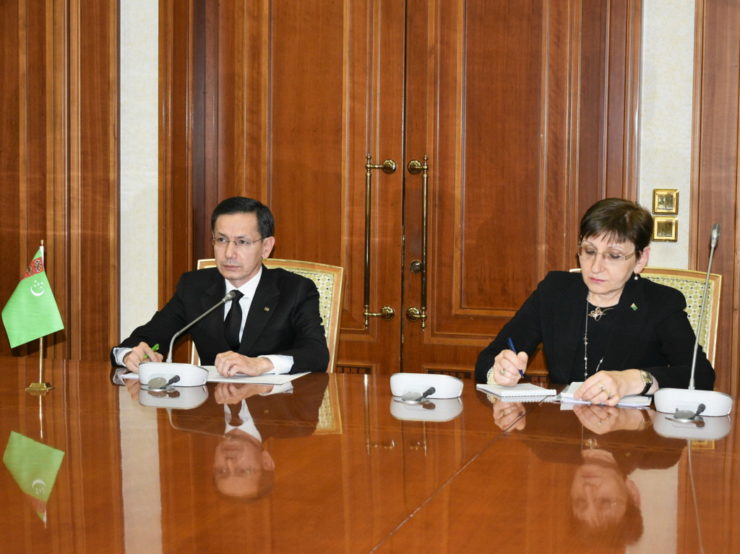 The next meeting of representatives of ministries and agencies that are part of Turkmenistan's SDG group took place. The main topics of the online event were the discussion of achievements on the Sustainable Development Goals, as well as the next steps in the implementation of the program.

The Minister of Economy, M. Serdarov, made an opening speech. He emphasized that the socio-economic development plan for the next three decades was drawn up based on the SDGs, which were defined by the UN.

Serdarov noted that in the near future it is planned to strengthen the financing of the SDGs in the country, adhering to the principle "no one should be left behind.