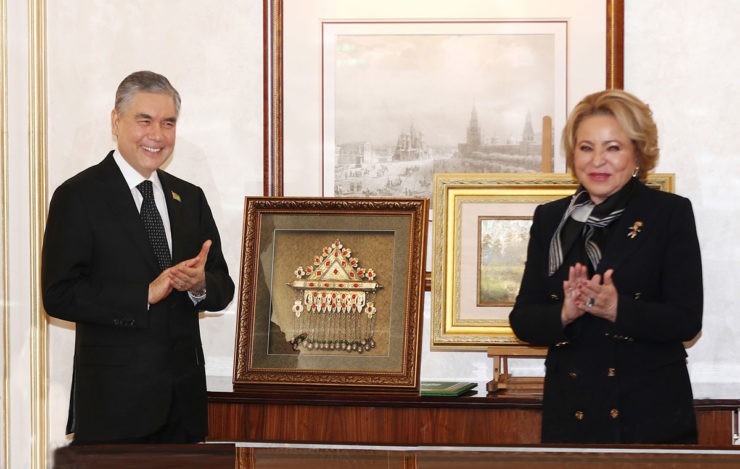 Chairman of the Khalk Maslakhaty Milli Gengesh of Turkmenistan Gurbanguly Berdymukhamedov and Chairman of the Federation Council of the Russian Federal Assembly Valentina Matvienko held a meeting in Moscow on Tuesday. The politicians talked warmly and exchanged gifts.

Berdymukhamedov presented Matviyenko with a tumar, one of the traditional Turkmen women's jewelry pieces. In turn, the speaker of the Russian Federation Council presented her colleague with a work of art - an original painting depicting autumn in Russia.

Gurbanguly Berdymuhamedov and Valentina Matvienko discussed the prospects of developing not only inter-parliamentary cooperation and increasing the role of parliaments, but also the whole complex of interstate relations, the "Watan" news program of Turkmen television reported.