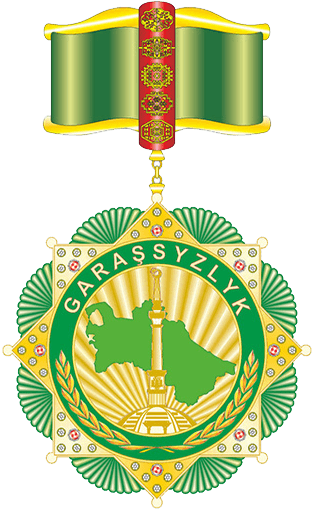 Colonel Gurbanmyrat Annaev, Minister of National Security of Turkmenistan, has been awarded the order of Garashsyzlyk (Independence). A corresponding decree by President Serdar Berdymukhamedov was published today in the Neutral Turkmenistan newspaper.

The Order of Independence is awarded to citizens of Turkmenistan and citizens of foreign states for special services in strengthening the independence, defense power and security of the state, strengthening law and order in the country, strengthening the international prestige of the country; for the successful implementation of goals and objectives set by the President and the brilliant achievements in economic, political, cultural and other fields of activity, high professional skills and creative work.

Gurbanmyrat Annaev has served as Minister of National Security since February 2020. He succeeded Yaylym Berdiyev. Prior to his appointment, Annaev served as deputy national security minister.