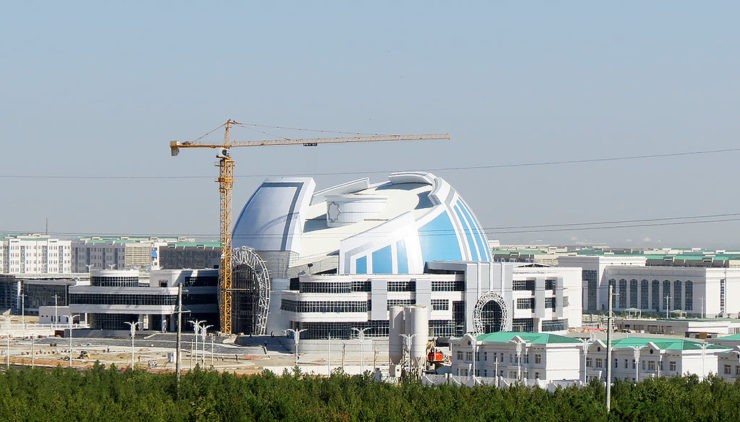 The houses in the new administrative center of the Akhal province will be allocated to citizens in need of better housing conditions. President Serdar Berdymukhamedov signed a decree to this effect at a government retreat in the city under construction, Turkmen television's "Watan" news program reported.

The new administrative center of Akhal is being built 30 kilometers southwest of Ashgabat on a 950-hectare area. A total of $1.5 billion has been allocated for its creation. Construction began in April 2019. About 400 "smart" residential apartment buildings and cottages will be built here, controlled via telephone and designed to accommodate more than 12 thousand families or about 70 thousand people.

In addition, 10 kindergartens for 320 places each and 19 secondary schools for 720 places will appear in the new center of Akhala. In addition, the project includes elementary and secondary special schools and two art schools.

It also creates a network of medical facilities with a Center for Mother and Child Health, the Palace of Ruhiyet (Spirituality), House of Culture, Drama Theater, library, circus and museum, two modern sports complexes, parks and shopping and entertainment centers, as well as the International Higher School of Horse Breeding.
The construction is carried out in two stages. The first stage is scheduled for commissioning in December of this year.