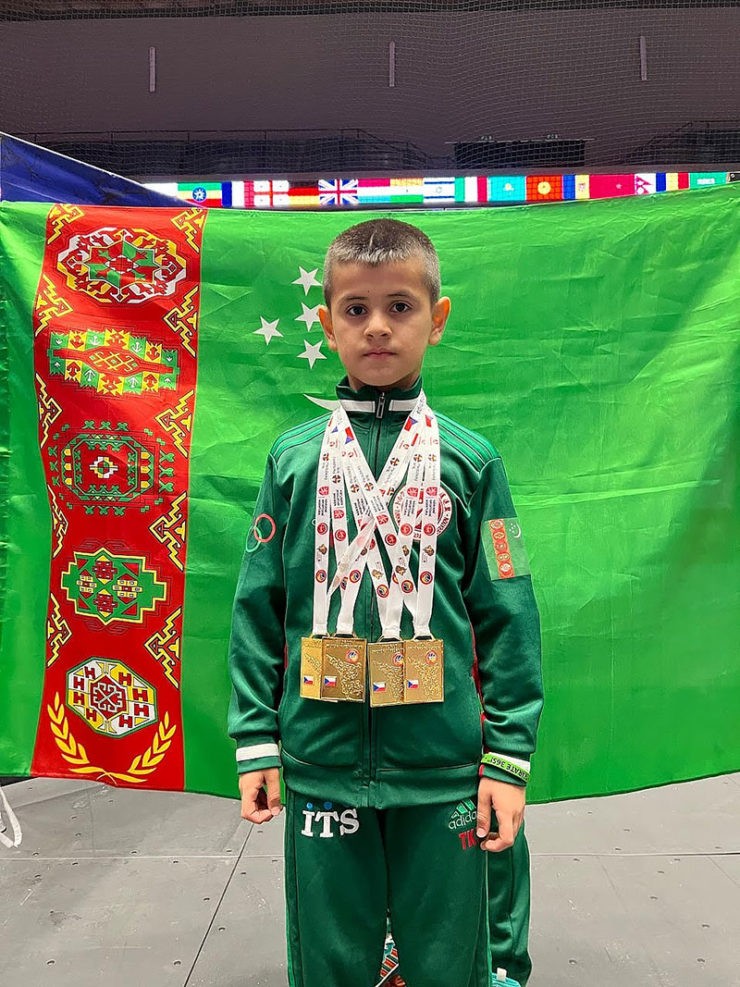 733 karate fighters from 31 countries take part in the championship. During the three days in different age and weight categories 246 sets of awards will be played - in the disciplines of kata (demonstration of exercises - combat with an invisible opponent) and kumite (combat sparring).

Ovezmyrat Sapadurdyev studies in the 5th grade of the 1st specialized school with profound study of foreign languages of Geoktepa etrap. He received 4 top honors in combat sparring among 10-11 year olds.

Battles in this type last 2 minutes. And the winner is determined by a certain point difference.

Ovezmyrat is trained by his father Sapadurdy Setdarov, the mentor of the national team of Turkmenistan, a 3rd dan black belt holder.