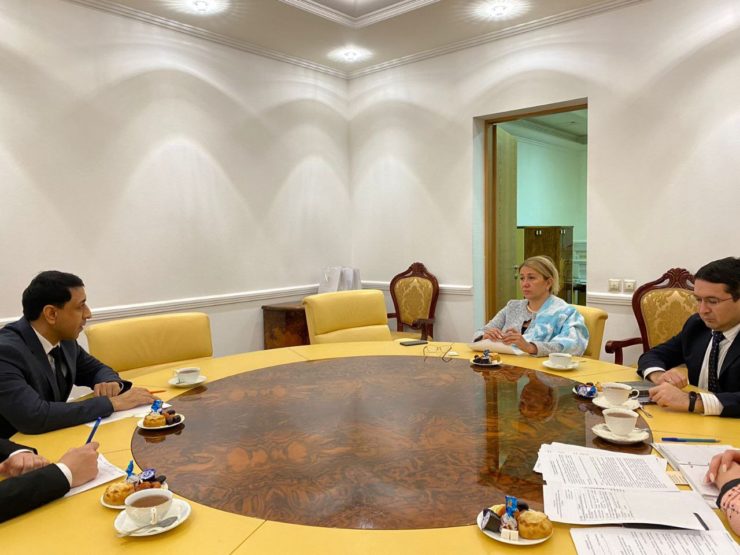 Guich Garayev met with Tatarstan's Minister of Culture Irada Ayupova last Monday in Kazan. The parties stressed the importance of existing bilateral ties at the level of the heads of the ministries of culture.

Irada Ayupova noted the high importance of cooperation of the Republic of Tatarstan with the Turkmen colleagues. She emphasized the reverent attitude of the country to the preservation of historical heritage and cultural traditions, which are carefully handed down from generation to generation in Turkmenistan.

The sides discussed plans to organize Days of Culture of Tatarstan in Turkmenistan in April next year, which would coincide with the visit of the President of the Republic.

The Consul General and the Minister of Culture also touched on the topic of the visit of the Galkynysh Equestrian Games team to Kazan, which is scheduled for the end of November this year.