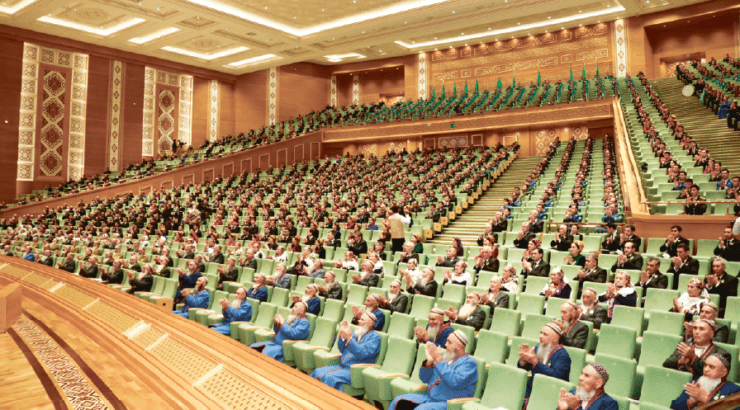 At the meeting February 11 meeting of the Khalk Maslakhaty of Turkmenistan The achievements of medical workers were separately acknowledged. Thus, the Turkmen leader awarded the dentist of the children's division of the Dental UPC G. Atayev honorary title Hormatly il ýaşulusyHe noted the importance of the doctor's services in developing the country, supporting national traditions, contributing to the unity of the Turkmen people, and participating in the upbringing of young people.

G. Atayev thanked President Berdymukhamedov for the high appreciation of his contribution, noting that the high title is a great honor and responsibility for him. He also stressed his readiness to continue his work in implementing reforms aimed at uniting the nation, peace and stability in Turkmenistan.