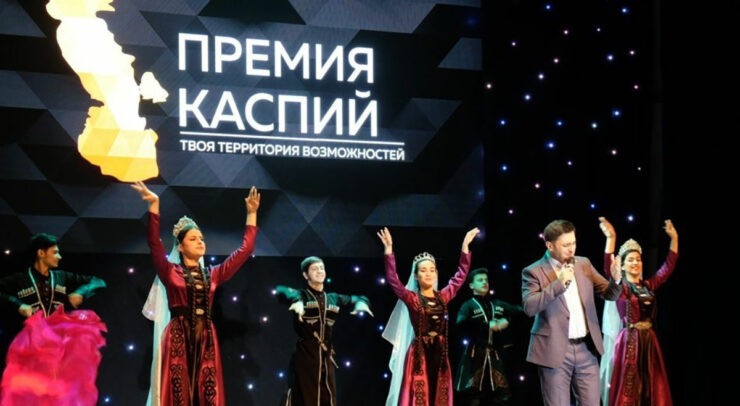 Young talents from Turkmenistan won a number of victories at the "Caspian Prize-2022" festival. The interstate event is held every year in Astrakhan, Russian Federation.

The Astrakhan State Philharmonic Hall was the place of the ceremony honoring the winners of the youth festival. More than 40 representatives of various professions and spheres of activity related to creativity were awarded the prize. The event was attended by delegates representing various regions of Russia, as well as a number of other countries - among the triumphators were representatives of Turkmenistan, Morocco, Uzbekistan, Azerbaijan.

Almost two hundred nominees were selected from more than 600 applicants.

The best regional TV projects, musicians, mass media, designers, photojournalists and artists won the "Caspian 2022 Prize". Special attention was given to social projects: most votes were given to the All-Russian Prize "Special Happiness". It was initiated in Astrakhan in 2020 and is aimed at supporting parents who raise children with disabilities.

The Caspian Prize festival was organized by the Astrakhan regional branch of the All-Russian youth public formation "Azerbaijani Youth Alliance of Russia". The event was supported by the Agency for Youth Affairs of Astrakhan Oblast and the municipality, as well as OOO LUKOIL-Nizhnevolzhskneft.

Determination of the winners took place in an online format. Therefore, everyone could cast their vote for their favorite nominee.