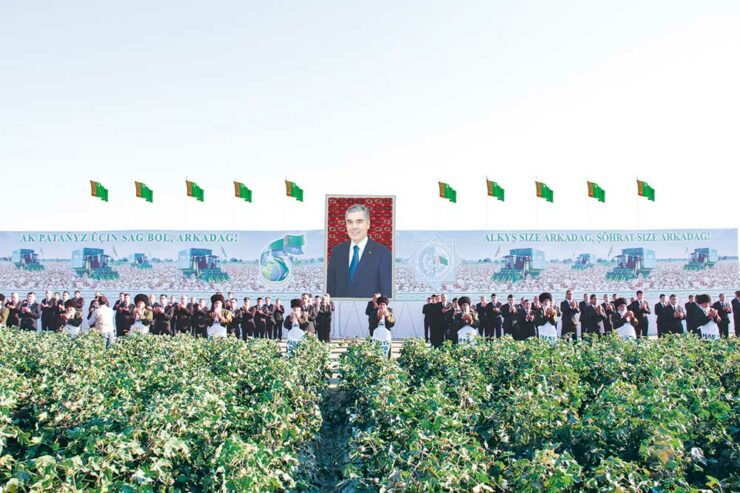 President Gurbanguly Berdymukhamedov named the best etrap in Turkmenistan for 2021. The title was awarded to Dyanev etrap, located in Lebap velayat. The winner was announced by the Turkmen leader during an expanded meeting of the Cabinet of Ministers, which also considered the results of 2021.

The President signed a decree, according to which the winner etrap will receive a cash prize - $1 million. Funding will be made from the State Development Fund of the Golden Age of Turkmenistan.

Turkmen districts have been competing for the title of the best district since 2013. The selection is based on the fulfillment of the district's obligations to deliver cotton and wheat to the state granaries, the number of commissioned cultural and social amenities facilities. Also taken into account the success of the implementation of measures of the National Program of the President of Turkmenistan to improve the social and living conditions of the inhabitants of settlements of the country.

According to the results of 2020, the title of the best was awarded to the etrap named after S. A. Niyazov. S.A. Niyazovlocated in Dashoguz province.