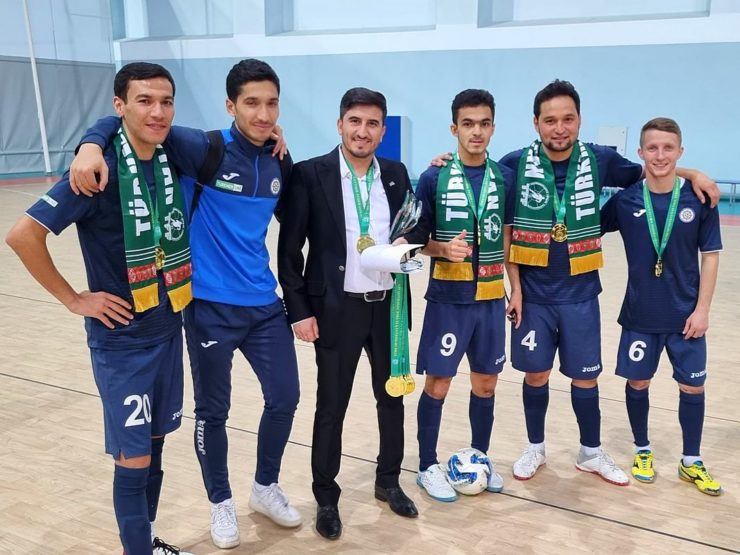 The press service of the Football Federation of Turkmenistan announced the name of the new coach of the national men's futsal team. He is Yakub Ovezov.
Ovezov, 46, has worked and coached teams such as: "Sumbar", "Ussat", "Olimpsport", "Migration". Since 2011 to the present day he has been coaching the Denizchi team. Since 2011 he has headed the futsal club "Denizchi" from Turkmenbashi.
Under his leadership "Denizchi" became the champion of Turkmenistan three times.
Last year he was named Turkmenistan's best futsal coach.