The President of Turkmenistan awarded the winners of the first "Play, Bagshi!" contest with gold chains 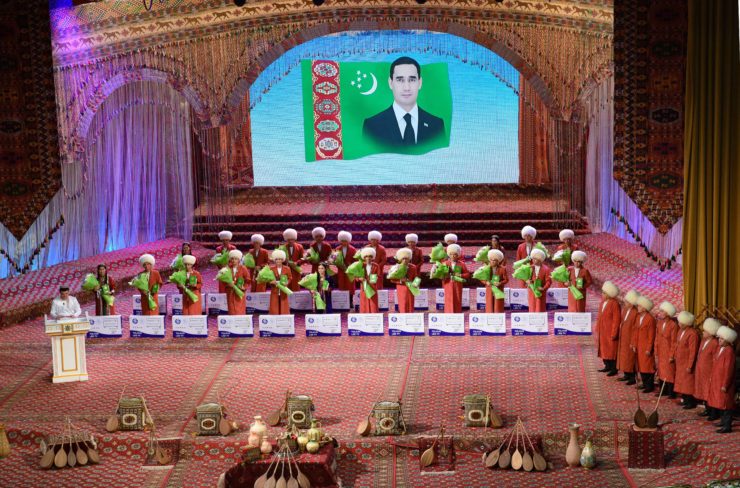 The winners of the Çalsana bagşy (Play, Bakhshi!) contest were awarded in Ashgabat. The contest is held for the first time as part of the "Golden Age of Turkmenistan" contest proclaimed by the president.

According to the terms of the creative competition, Turkmenistanis aged 18 to 35 took part in it. The contest program includes folk Turkmen songs and music.

Twelve Dutar musicians and an equal number of Bakhshi from around the country made it to the finals of the competition, which was held at the Mukam Palace of the State Cultural Center.

Each of 12 winners received a diploma and a gold chain, as well as valuable prizes from the president of Turkmenistan.