President of Turkmenistan received the Order of Friendship from Vladimir Putin 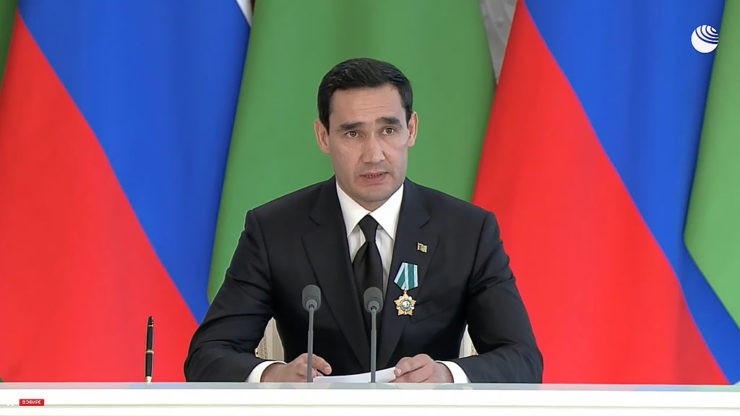 On Friday, June 10, Serdar Berdymukhamedov, who is in Moscow on an official visit, received the Order of Friendship from the Russian president. The Russian leader signed the decree on awarding his Turkmen colleague with the honorary award back in May of this year.

Serdar Berdymukhamedov received the order for his contribution to the deepening of the mutually beneficial strategic partnership between Russia and Turkmenistan.

The award ceremony was preceded by the signing of a number of important agreements between the two countries. Afterwards, both presidents made statements to the media.