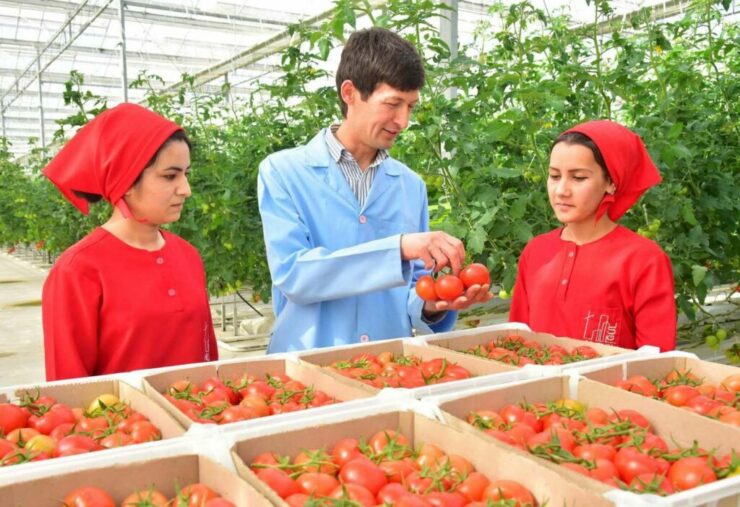 Russia approved the import of tomatoes grown by three enterprises of Turkmenistan - the relevant message appeared on the website of Rosselkhoznadzor of Russia on January 19, 2022. Two enterprises of Akhal province and one of Dashoguz province were allowed to export their tomato crop to the Russian Federation.

The decision was preceded by a phytosanitary analysis of enterprises growing tomatoes in Turkmenistan. According to the agency, the data were provided by Turkmenistan. It should be emphasized that earlier Rosselkhoznadzor, based on phytosanitary assessments, established a number of restrictions on the export of peppers and tomatoes to Russia from some CIS member states.

As of December 10 last year, 88 Turkmen enterprises were given the go-ahead to export peppers and tomatoes.

Based on the results of 2021 Turkmenistan was on the fourth position in the list of the largest exporters to the Russian market of tomatoesgrown in greenhouses. In January-August 2021, Turkmenistan supplied 32 thousand tons of greenhouse tomatoes to Russia, which is almost twice as much as in the same period of the previous year.