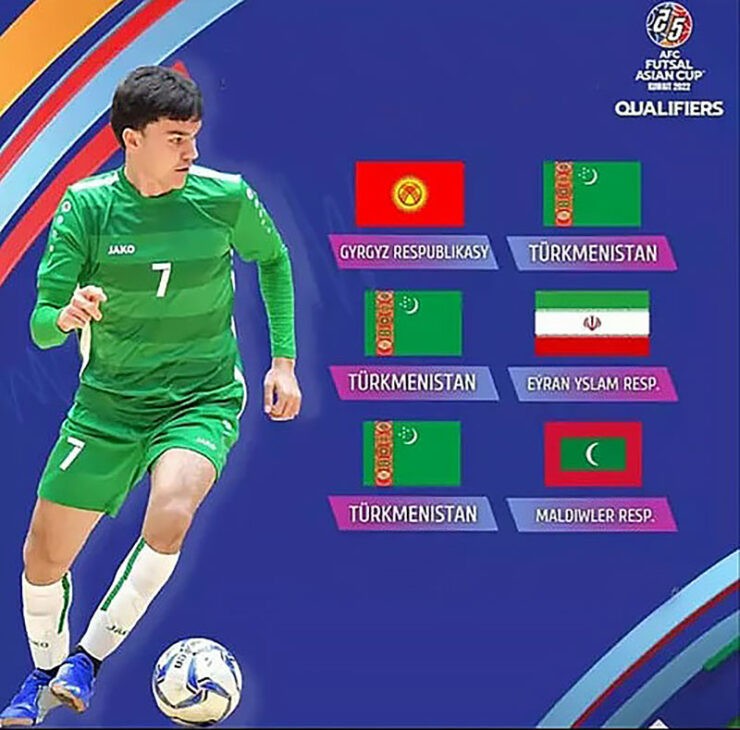 The Turkmenistan national futsal team is preparing for the qualifying stage of the Asian Cup 2022. It is scheduled for April 10-12 this year and will be held in the capital of Kyrgyzstan - Bishkek.

According to the Football Federation of Turkmenistan, 17 futsal players representing eight national Super League clubs will participate in the training camp. They include the team of Turkmenbashi KNPZ, Gumrukchi, Denizchi, Serkhetchi, Migratsiya, Kopetdag, Senagatbank and Milli Goshun. The final day of the training camp in Ashgabat will be February 19, 2022.

The Turkmen national team's futsal players train at the Olympic Town in Ashgabat. Every day, the team has two training sessions.

To participate in the qualifying stage of the Asian Cup 2022 on Futsal 30 teams were selected. They were divided geographically into four zones.

The draw determined that the Turkmen team was in the A-group. The Iranian, Maldivian and Kyrgyz teams were also there. The united zone was named the "Center and South". The Afghan, Uzbek, Nepalese and Tajik teams were included in Group B.

The first match is set for April 10. The Turkmen team will face the hosts, the Kyrgyz national team. Next is the match against the Iranian team, which has become the champion of the Asian region for 12 times. On April 12, the Turkmen futsal team will face the Maldives.

The top two teams in each group will compete to win the finals. The final round of the 2022 Asia Cup will be held from September 25 to October 20. During this period, 16 futsal teams will meet in Kuwait to determine the eventual champion.