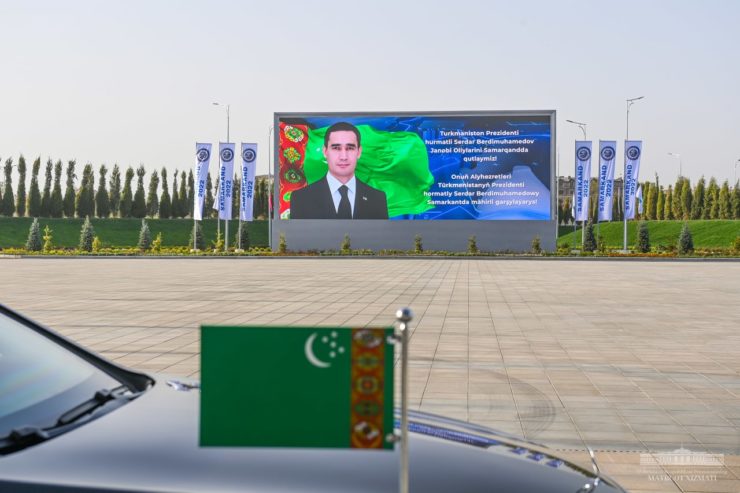 The President of Turkmenistan has arrived in the Republic of Uzbekistan. As a guest of honor, Serdar Berdymukhamedov will attend the Shanghai Cooperation Organization (SCO) summit, which starts today in Samarkand.

According to Mirziyoyev's press service, the Turkmen leader was met at Samarkand airport by Uzbek Prime Minister Abdulla Aripov and other officials.

According to the program, today the President of Turkmenistan will visit the Khazret-Khyzr mosque and attend the memorial ceremony for Uzbekistan's first president, Islam Karimov.

The SCO was created in 2001 and is a permanent intergovernmental international organization. The organization currently consists of China, India, Kazakhstan, the Kyrgyz Republic, Pakistan, the Russian Federation, Tajikistan and Uzbekistan. Its highest body is the Council of Heads of State, which meets annually. The current summit is the first since the beginning of the pandemic in which all leaders of the Shanghai Cooperation Organization meet in person.