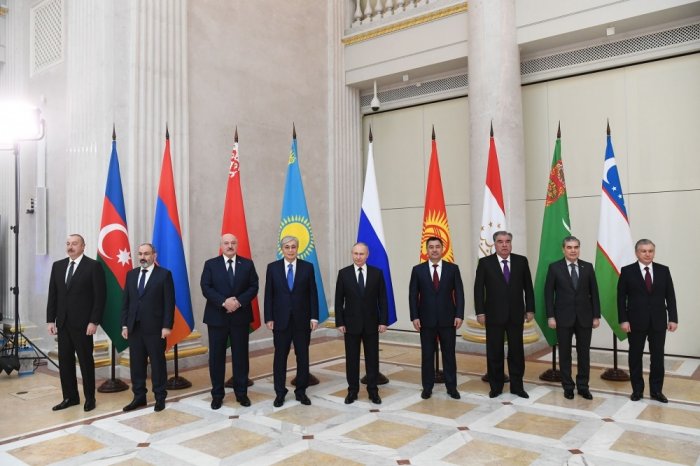 Turkmenistan is preparing to attend the meeting of the Council of the CIS member states' ambassadors. The Turkmen side will be represented by Ambassador to Belarus Nazarkuly Shakuliyev and a delegate to the statutory and other bodies of the Commonwealth. The meeting is scheduled for 18 January 2022. The venue will be the Belarusian capital - the city of Minsk.

The congress intends to discuss the Concept of Kazakhstan's CIS leadership this year, as well as the Plan of steps for its implementation. The plan of activity of the Council of Permanent Representatives for the current year and the draft list of issues to be considered at the upcoming meeting of the Council of the CIS Foreign Ministers will also be discussed.

Besides, on January 20 of this year it is planned to hold a meeting of the Commission on Economy under the CIS Economic Council, during which a special attention will be paid to issues related to the consideration of the Concept of Kazakhstan's leadership in the CIS this year.

On December 28, 2021, during the informal summit of the CIS Heads of State, the Turkmen leader Gurbanguly Berdymukhamedov initiated the strengthening of cooperation in the field of scientific medicine. The President of Turkmenistan also noted the importance of revising and jointly approving a universal document on biosafety in view of its threat to all CIS member states.

Head of the Mejlis of the National Parliament of Turkmenistan Gulshat Mammedova made a proposal to hold the Inter-parliamentary Forum of the CIS member states in Turkmenistan this year during the regular meeting of the Turkmen Cabinet of Ministers. President Berdimuhamedov also approved this idea.