Turkmenistan participated in a webinar on wetland protection 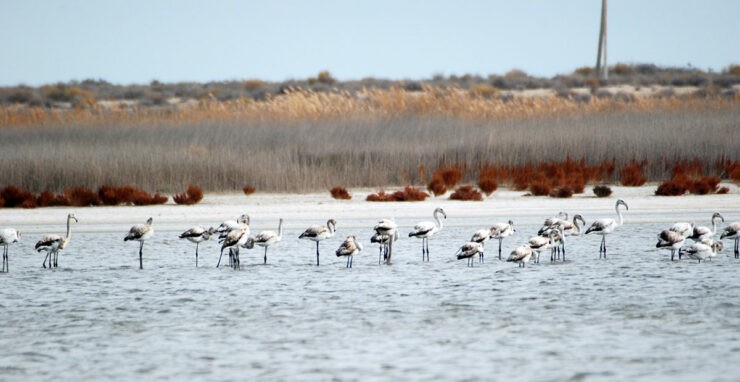 The Ramsar Convention Secretariat held a webinar for all focal points of the Convention member countries, the key topic of which was the protection of wetlands (WBU). Prof. E.A.Rustamov, member of the Coordinating Council of the Ramsar Central Asian Regional Initiative, told about the results of this event.

To begin with, he recalled that the Ramsar Convention was signed in February 1971, during an interstate meeting in the Iranian city of Ramsar. At that time it was signed by 18 countries. To date, 172 states are parties to the Convention.

In this regard, the name of the document has changed - the Convention on Wetlands (Convention on Wetlands). The Convention came into legal force in December 1975. At present the Ramsar list of WBU includes almost 2,435 sites, the total area of which exceeds 245.68 million hectares. There are 21 such sites in the Central Asian region. They are located in Turkmenistan (2), Kazakhstan (10), Tajikistan (5), Kyrgyzstan (3) and Uzbekistan (2).

The key topic of this year's first webinar was the recognition of the great importance of wetlands in reducing the negative effects of climate change. The microclimate created by wetlands allows animals, plants and humans to more easily tolerate heat. Historically, a network of wetlands serves as resting places for a large number of migrating birds.

At the moment, special attention should be paid to the maintenance of WBUs located within urbanized landscapes - urban water bodies in increasing numbers are included in the Ramsar List of WBUs. Turkmenistan has joined this initiative by preparing a nomination to include Ashgabat's Lake Altynkol (Kurtly Reservoir) in the above-mentioned list.

Gradually, water is becoming more and more important. In this regard, the importance of activities and cooperation between states to implement the Ramsar Convention is also increasing. Thus, since 2016, the Ramsar Central Asia Regional Initiative has been formed. Its goal is to promote mutual cooperation between governmental and intergovernmental non-governmental organizations, private individuals, local communities and experts in the conservation of WBU.

As a reminder, on the eve of World WBU Day ornithologists conducted a bird count along the Caspian coast of Turkmenistan.