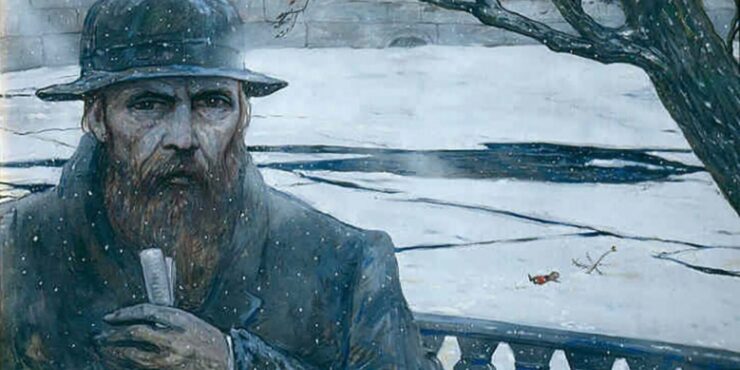 Citizens of Turkmenistan are invited to participate in the interstate project "Eternal Dostoevsky. It begins in Astrakhan on February 17 and coincides with the 200th anniversary of the famous writer. Schoolchildren, students and teachers not only from the CIS member states, but also from any country of the world can take part in the series of events. The authorship of the project belongs to the Center of interstate research "Caspian-Eurasia" and the Astrakhan Regional Scientific Library named after N. K. Krupskaya. N.K. Krupskaya Astrakhan Regional Scientific Library. They are also engaged in the organization of relevant activities. The initiative is supported by the leadership of the Astrakhan region and the Russian Presidential Grants Foundation.

The aim of the project is to preserve the linguistic and cultural community in the Russian-speaking subspace of the CIS and the world, as well as to maintain interest in mastering the Russian language and literature abroad. The implementation of the project will provide an opportunity to form a unitary socio-cultural space within an interstate educational platform for high school students, students and teachers of the CIS and other countries of the world. Another important role of the "Eternal Dostoevsky" project is to promote the development of interstate interaction.

Opens series of lecture series in online format "Dostoevsky in the XXI century: reading, studying, thinking". It is scheduled for February 17, 2022. Teachers of Russian language and literature can participate in it. On the same day the presentation of the contest among foreign students and pupils on writing the best essay is planned.

On March 3, 2022, a lesson-dialogue "Crime and Punishment" by F.M. Dostoevsky - a living classic" will be held in the online format. Participants can be foreign students and schoolchildren who are interested in the Russian language.

From February 21 to March 30, the previously presented essay writing contest will be held, and on April 26, the online relay race in literature "Reading Dostoevsky".

During events held as part of the Eternal Dostoevsky interstate project, speakers will include not only literary scholars, critics and librarians, but also journalists and teachers of Russian language and literature.