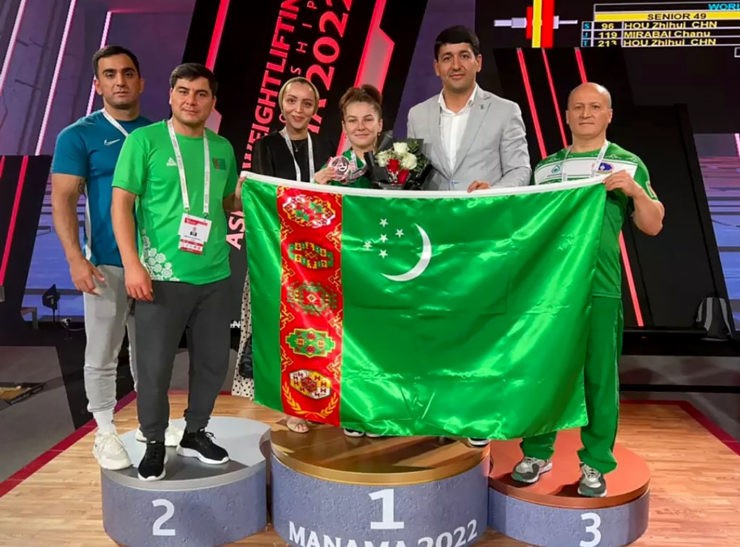 The first day of the Asian Weightlifting Championships on Saturday, October 8 in the Kingdom of Bahrain proved to be fruitful for the Turkmen team.

Yulduz Dzhumabaeva, world champion and winner of the Asian Junior Championship, competed in the weight category up to 49 kg.

In the exercise "jerk" the weightlifter took 97 kg, taking third place in this discipline, and also in the total weight of 172 kg. Thus, Dzhumabayeva was able to bring Turkmenistan two bronze medals.