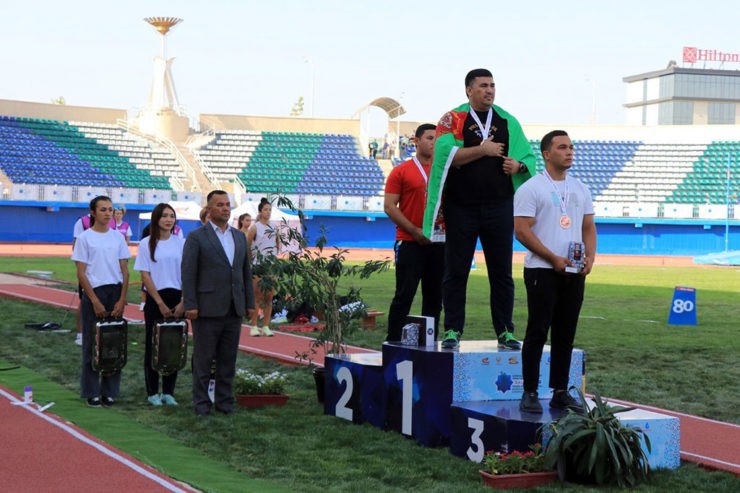 The closing ceremony of the IV Central Asian Athletics Championship was held on Sunday. Turkmen athletes won 9 medals in the competition.

Alisher Sadulayev got the bronze medal on the short 100 meters among men. Valentina Meredova was the best in the women's 100 meters, beating her rivals and winning gold.

Maksat Mammadov of Turkmenistan excelled in the discus throw, adding a silver medal to the national team's collection. The same athlete won gold in the shot put. Mergen Mammadov was the first in the hammer throw, throwing the projectile at a distance of 69.10 meters. Jennet Mukhamova won the bronze medal in the javelin throw among women.

Bagrat Hasanbekov received a bronze medal in the long jump with a result of 7.60 meters. One silver medal each went to Turkmenistan's men's and women's relay teams.