Ashgabat hosted a meeting with a delegation from Uzbekistan on agribusiness 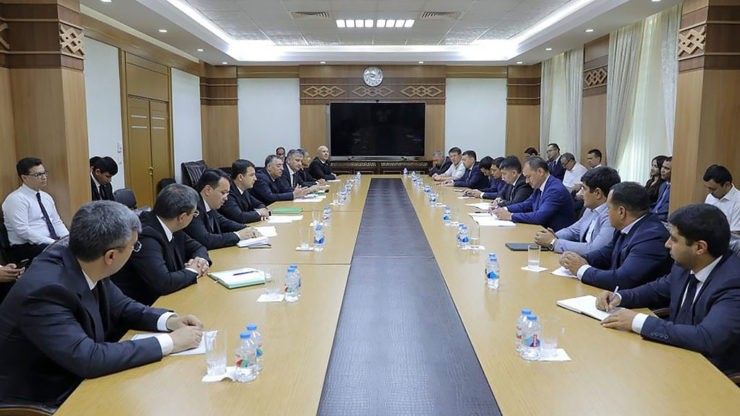 Strengthening bilateral partnership in the agricultural sector was discussed at a meeting with an Uzbek delegation. Diplomats of the neighboring state, headed by Deputy Minister of Agriculture K. Yuldashev made a working visit to Turkmenistan. During the visit, the delegation held talks with Turkmen counterparts and heads of various organizations and agro-industrial complexes. Diplomats visited agro-industrial complex enterprises of Akhal velayat.

During the meeting, topics of cooperation in agriculture and water sector were discussed, in particular in such areas as cotton growing, greenhouse farming, seed production. Topics of science development for the benefit of agro-industrial complex and digitalization of all branches of agriculture were not ignored as well.

Agreements were reached to jointly test new varieties of cotton with improved characteristics.