Names of 63 residents of Turkmenistan put into orbit 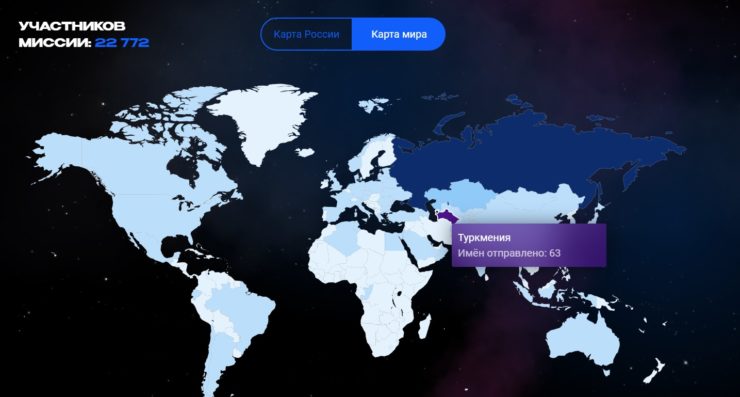 63 residents of Turkmenistan participated in the "Send Your Name into Space" campaign. On August 9, a Soyuz 2.1b rocket was launched from Baikonur into space, carrying 17 spacecraft into orbit around our planet. Among them was a cubsat (small artificial satellite) from St. Petersburg, which in addition to scientific equipment contained a silicon plate with the names of all the participants in the campaign. In total, over 22 thousand names are engraved on the plate. The silicon plate is located on the outside of the artificial satellite between the solar panels.

This action is one of the modern ways to make space exploration more popular among various segments of the population. NASA has been using similar methods for a long time, including sending satellites to the Sun, Pluto, and Mars. By sending their name into space, people continue to follow the research of scientists, thus achieving the goals of an educational mission. The first similar Roscosmos action was launched last year and was timed to coincide with the 64th anniversary of the launch of the first artificial earth satellite.