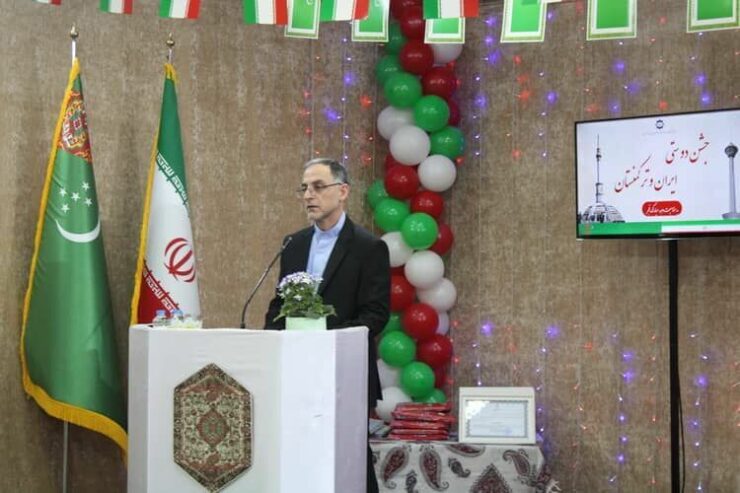 Iranian Ambassador to Turkmenistan Mr. Gholam-Abbas Arbab-Hales addressed the audience on the occasion of the celebrations. The diplomat thanked the Turkmen leadership for providing the atmosphere that made the organization of such cultural events possible. The Ambassador also cited President Gurbanguly Berdimuhamedov's words on the need to further strengthen the cultural partnership. In this direction, the cultural department of the Iranian Embassy is taking all necessary steps to develop vazimosociety in the cultural sphere - activities are held to familiarize with the traditions and language learning. Also for this purpose the Embassy organizes various festivals and shows. Such as "Iranian Film Days"..

Saying that the cooperation between the states is established at the highest level, the diplomat noted that this confirms the fundamental aspiration of Turkmenistan and Iran to further strengthen their friendly relations.

The floor was also given to Iran's cultural attaché in Turkmenistan N.Rasuli. Describing the relations between Ashgabat and Tehran in various fields, the diplomat said they were more than exclusively good-neighborly. He also hopes that more common Turkmen-Iranian cultural events will be organized this year.

The guests of the celebration also visited a thematic photo exhibition, getting acquainted with the achievements of Iran in the field of science and technology.