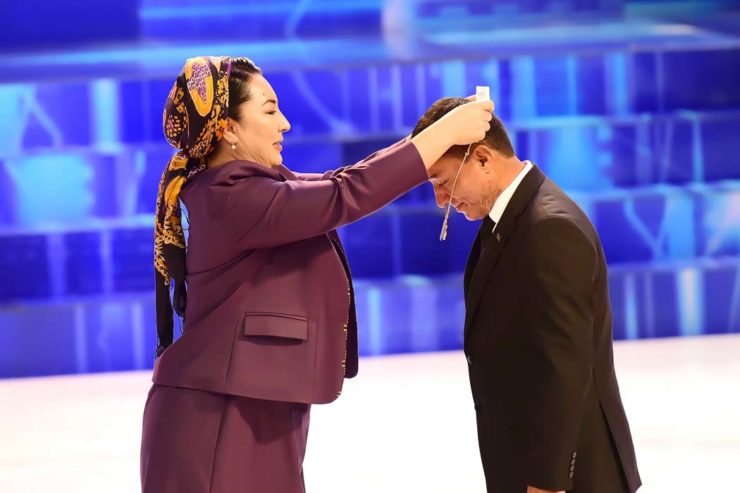 By tradition, on the eve of Independence Day, Ashgabat hosted ceremonies for the presentation of state awards and certificates of honorary titles.

Awards and certificates of honor, as well as prizes for the winners of the Türkmenihn Altyn asyry ("The Golden Age of the Turkmen.") on behalf of President Serdar Berdymukhamedov was handed over by Deputy Prime Minister Mahridjemal Mammedova in a ceremony at the Mukamov Palace, the "Watan" news program on Turkmen television reported.

More than 30 representatives of various sectors of the national economy of Turkmenistan were awarded honorary titles.

It should be added that those awarded the medal For the Love of the Fatherland receive a lump sum in the amount of three times the minimum wage, the medal of Valor - five times, and For the Great Love of Independent Turkmenistan - fifteen times.