The specialists of the "Ajaýp döwür" HO have erected a giant white yurt "Türkmeniň ak öýi" in Turkmenabat for 3,000 seats. It is planned to hold mass events - national holidays and events of international importance.

The architects managed to combine the traditions of Turkmen architecture and modern trends in the new facility. The large-scale new building will be commissioned during the Culture Week 2021.

According to art publicist S. Akiniyazov, the yurt is a universal dwelling house invented by the ancient nomads of Central and Central Asia. The round construction, made without a single nail, provides high stability in strong winds.

The first giant yurt was built in Turkmenistan in 2015 in Mary and the second one near Ashgabat in 2017. In addition, two more yurts are under construction in Balkanabat and Dashoguz. 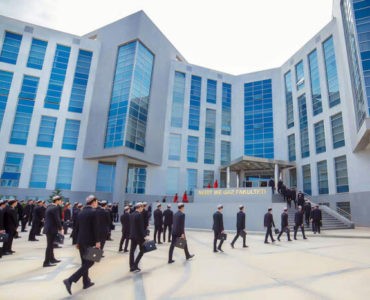