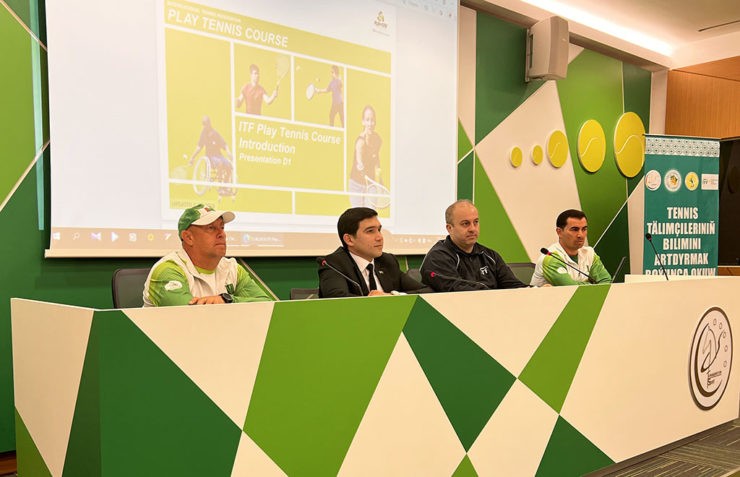 On October 9 on Sunday on the courts of the Olympic city of the capital of Turkmenistan a seminar for coaches was held, organized by the International Tennis Federation (ITF). The event was actively attended by ITF expert Amir Borgei, who is also the responsible curator of the Asian region.

A series of training seminars are planned, with theoretical and practical sessions expected. On October 12, on the courts of the Olympic Town it is planned to hold an exhibition of children who are engaged in tennis and would like to develop in this sport. There will also be a master class. Tennis coaches from all over Turkmenistan will take part in the seminars.

Simultaneously with the training events there is a tennis tournament of Turkmenistan among juniors and children, which brought together a record number of athletes.